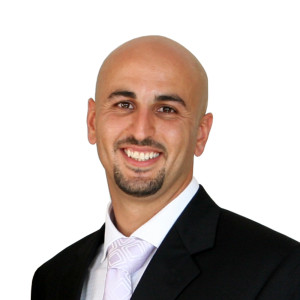 Michael Nashef discovered self-expression through design at an early age. At 14, he found an outlet for his passion in the form of leather work with his brother. This passion carried over into his adulthood as Michael began creating finely-crafted woodwork and jewelry.

In 2006, Michael’s avocation became his vocation when he became the first graduate with a BFA of the Metal/Jewelry design program at Kendall College of Art and Design in Grand Rapids, Michigan. He began designing and creating one-of-a-kind pieces made of gold, silver, and unique gemstones. Michael decided to further his education and is currently acquiring his MFA in Jewelry Design at Bowling Green State University in northwestern Ohio. Initially inspired by travel, nature, and architecture, Michael continues to incorporate elements from these subjects into his work.

The concept of Intersecting Hearts was born when Michael began researching symbols of love in preparation to propose to his wife. Over and over, regardless of culture, age or era, a universal motif appeared: the heart shape. Michael’s passion grew and sprouted into the idea of two overlapping hearts. To him, the overlay of two hearts created a common area that symbolized the harmonies two people bring into a relationship. Every couple has their own story and it was important for Michael to be able to represent that in a unique, simple design. The overlapping of two hearts creates a design element that Michael calls “Blossom”, resembling two budding leaves. The budding leaves symbolize the love that has sprouted and the love that will grow.

Michael took his ideas and created a company that embodied what he believed in:

“I have always believed that each person is unique. When two unique people come together in love, they still remain individuals, but now their hopes, dreams and desires intersect, as their lives grow into a new life together. My Intersecting Hearts design represents this joining of two hearts. The shape formed by the intersection of two hearts resembles two budding leaves: a lifetime of growing love.”

EVERY INTERSECTING HEARTS® RING IS ACCOMPANIED WITH OUR BEAUTIFULLY WRITTEN POEM ON PARCHMENT PAPER.